What is a tartan?

There are several sources that define a tartan; the dictionary, encyclopedia, from the mills, the weavers and from those in authority. Some state that it is a cloth made of Scottish worsted wool woven into a checked or plaid pattern. The pattern of which it is woven is usually registered as an official tartan of a certain clan or other organization.

Tartans are at times considered an art form forming various widths of horizontal and vertical stripes in a wide range of colors. The pattern must be exact in both directions to form a square in most instances. You will find that the kilt makers use these lines in the making of a kilt. Have you looked at the pleating across the back of a kilt? If it is not perfect, it is not a well made kilt! These unique patterns and colors distinguish one clan or organization from another.

So, when all is said and done, all you need to know is which tartan is your clan tartan and there are several for different occasions. 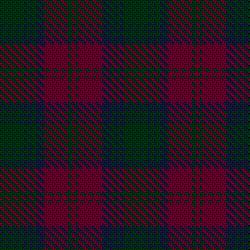 There are two Dress Lindsay tartans; one in green and the other in red. These two stunning tartans you will find being worn by many a dancing highland lass. Dress tartans were primarily for formal occasions. They were made by changing the background color of a clan tartan, usually to white. 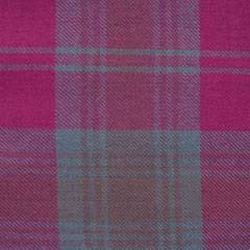 The Weathered Lindsay tartan is more muted still and indicates a light shade of green woven into the pattern. The weathered tartan looks as if the fabric has been left in the sun and rain for a long time. The colors are very faded. 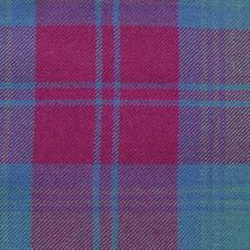 The Ancient Lindsay tartan is known by its more muted tones in shades of reds and blues. These are the softer and lighter colors produced by the natural dyes made with vegetable, animal & mineral matter that were in use before 1860. The Crawford tartan, like tartans in general, is identified by the sett and not by the color. The sett is simply the pattern formed by the thread count. The colors may change, but the sett must remain the same to be called Crawford. The colors in the illustration indicate ‘modern’ Crawford. One seldom sees the older colors which tended toward chartreuse and dark pink. 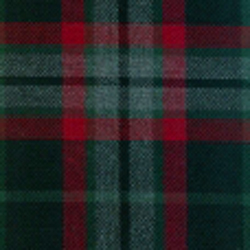 The Hunting Lindsay tartan was used for sport or everyday wear. Dark colors were predominant so the wearer would blend in with the environment. Here is the use of deeper shades such as black and shades of green and brown, with small amounts of red. Originally thought to be an early form of camouflage.

The Tartan with words by Sydney Bell